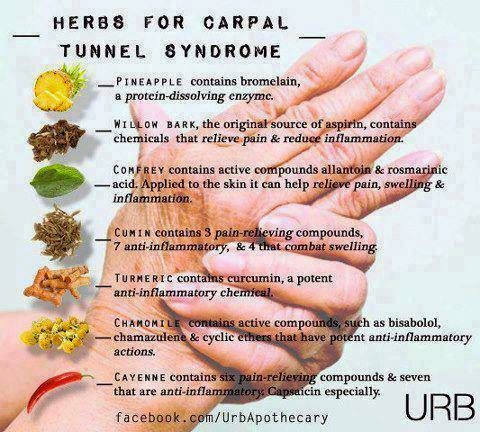 Posted by Engele at 9:42 AM No comments:

‘I have every disease there is’: Hypochondria
In the information age, it’s difficult to spend a day without hearing about yet another something-or-other that causes cancer or some other horrible disease. From lipstick to bananas, to the ink in your printer, you never know what might be bad for you, so it’s good to be vigilant.
But what happens when being responsible about your health turns into paranoia? When you begin to imagine that your life is an episode of House, M.D. and only someone with the medical smarts of the TV doctor/detective can diagnose your rare and strange disease, you may have hypochondria.
Hypochondria is defined as the fear of having a serious disease. People suffering from hypochondria fear that they already have a serious disease and these fears are often self-enforced because the individual will try to find as much information as they can about the diseases that they believe they have (read here about how doing internet searches for your symptoms might be a bad idea). This preoccupation causes significant disruption to the person’s daily life.
Disruptions to daily life
Someone who does not suffer from hypochondria is able to fairly subjectively assess the potential problems that a symptom they develop may have. For instance, a reasonable response to the concern of the appearance of a rapidly growing mole is to make an appointment with a doctor or dermatologist. People suffering from hypochondria will continue to fear cancer even after seeing the doctor, or dermatologist, and getting several second opinions, each of which conclude that the mole is benign and nothing to be worried about. They will imagine that they have additional symptoms and ‘self-diagnose’ cancer and try to convince others, including doctors, that they have cancer.
Although this response is unreasonable, it is equally unreasonable not to have a rapidly growing mole checked by a doctor.
Fear of disease
This fear is usually based on a misinterpretation of bodily symptoms or functions. The fear of having a serious disease tends to persist despite doctors’ assurances that there is nothing to be concerned about.
There are several things which may trigger hypochondriacs’ concerns of serious disease:
•Bodily functions. People with hypochondria might have a preoccupation with their bodily functions, frequently misinterpreting normal bodily functions. Sweating, heartbeat, urine output, and other functions may be closely monitored to the point of obsession – careful logging of bodily functions.
•Minor physical abnormalities. The preoccupation might be to do with small, trivial physical abnormalities – like a mole, bump, lump, scratch, or sore.
•Vague and ambiguous physical sensations. The complaint may be less specific and diagnostically irrelevant. For instance, some complaints of hypochondriacs may be tingling teeth, a tired heart, or aching veins.
The preoccupation can often be overwhelming and little or no medical expertise can allay the fears of the person suffering from hypochondria. The preoccupation is not assisted by the media and the endless amounts of information available to the person who often consumes it enthusiastically. Every piece of information they find about the disease they believe they have makes them believe they have it to an even greater extent.
Symptoms
The symptoms of hypochondria vary from mild (occasional preoccupation with one disease that eventually fades until something triggers it) to severe (continuous, obsessive and extremely debilitating preoccupation with one or many diseases). Here are some of the symptoms:
•Long term preoccupation with the fear that you have a serious disease.
•Concern that every minor complaint is a symptom of a very serious, rare, and undiagnosed disease.
•Seeing one doctor often and continuously seeking second opinions.
•Going to different doctors frequently.
•Continuously having multiple tests and scans for various disease and symptoms, even to the extent of exploratory surgery.
•Continuously talking about the fear of having a serious disease, symptoms of the disease, and a continuous preoccupation with discussing the disease and doctors.
•Obsessively researching medical- and health-related topics.
•Continuously checking, screening, and monitoring your own body for abnormalities (and finding them).
•Believing that you have every disease you hear about, or being able to identify with symptoms of diseases you hear about.
The difference between normal concerns and hypochondria is the extent of the concern and the active engagement with it. If, despite numerous doctors telling you otherwise, you still believe that you have a disease and can find symptoms of that disease in yourself, then you are a hypochondriac.
While it’s prudent to be cautious of your health, becoming obsessed with it has severe and serious consequences for your mental health. If you believe that you or a loved one may have symptoms of hypochondria, ironically, it is best to consult a doctor or psychologist for treatment options. In many cases, when someone understands that they are prone to hypochondria, they have a better chance of being able to control their compulsions.
Posted by Engele at 9:41 AM No comments:

10 Ways to Use Castor Oil 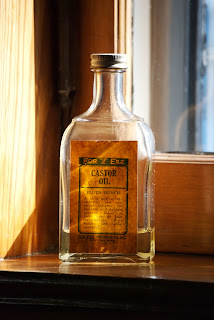 Castor oil sounds like an old-timey remedy, doesn’t it? This traditional remedy actually has a lot of modern uses!

Traditionally, folks have used castor oil as part of a “pack” to soothe aches and pains. You’d soak a piece of flannel in castor oil, wrap a hot water bottle with it, and apply the pack to the injury. It’s also an effective laxative, and folks have been using a spoonful of castor oil to..er..get things moving for centuries.

Castor oil comes from the castor oil plant or “hand of Christ,” and it’s an ancient remedy for skin ailments and digestive issues. The oil is expressed from the castor bean. The bean itself is toxic, but the oil is not. Castor oil has some great healing properties, and while it’s not as widely used now as it once was, it’s making a comeback as folks discover what a great natural remedy it is!

Many classic applications for castor oil are still useful today, and it turns out that there are lots of other ways that you can use castor oil on your body and around your home. Check out these 10 uses for castor oil!
1. Chemical-Free Cuticle Oil

Get beautiful cuticles and nails without drugstore cuticle oil, which often contains synthetic mystery ingredients. Just rub a little castor oil on your nail beds to soften cuticles and nourish your nails. To really treat yourself, massage in the castor oil, then wrap your hands and feet in warm, damp rags.

Soap and water is a harsh way to clean the sensitive skin on your face, and many people are turning to the oil cleansing method as an alternative. That might sound crazy: isn’t washing your face supposed to be about getting oil off? But proponents of the oil cleansing method – OCM for short – swear by it! The OCM combines castor oil and olive oil to cleanse and moisturize your skin. Alexandra at Creative Simple Life has a great explanation of how (and why!) the OCM works.
3. Feed Your Ferns

Isn’t is sad when ferns get droopy? Perk them up with castor oil! Combine 1 teaspoon castor oil, 1 teaspoon natural liquid soap, and 1 1/2 cups water to make a little plant pick-me-up. Just put a scant 1/4 cup of the mixture into the pot before you water it to cheer up those sad little ferns.

Don’t you hate it when you bite the inside of your cheek or somehow manage to get a cut on your lip inside your mouth? Castor oil can help those painful sores heal more quickly and prevent infection. The oil has antibacterial properties, and it’s safe to ingest, which makes it great for injuries in or near your mouth.

Whether you have a healing cut or a bug bite that’s driving you bananas, applying a little castor oil can help stop the itch. Just massage a drop of oil onto the itchy area, and you should start feeling relief almost right away.
6. Get Lustrous Locks

Just a little bit of castor oil is great for conditioning your hair. You can massage a very small amount – a scant 1/8 teaspoon at most – to the ends of your hair to prevent split ends. Massage about the same amount into your scalp and let it sit for 10-15 minutes as a scalp treatment before you wash your hair.

7. Give Moles the Boot

Are moles digging up your garden? Mix 1/4 cup castor oil in a gallon of water, and pour it over that molehill to send them packing! The best part? The castor oil doesn’t hurt the moles, they just don’t like it, so this is a cruelty-free way to deter these garden pests. Boom!
8. Soothe Muscle Aches and Pains

Make a castor oil compress for sore muscles! Soak a small rag in castor oil, cover in plastic wrap, and use medical tape to secure it to the area that’s sore. You can use a heating pad to help the oil absorb quickly or leave the compress on overnight to help relieve pain.

From scissors to door hinges, a little castor oil can lubricate any moving metal parts without using the usual petroleum-based lubricants. This is especially useful for tools like kitchen scissors that are going to touch food after you get them working again.

One of the most common uses for castor oil is helping to relieve constipation. Adults can take 2-3 teaspoons of castor oil for a mild laxative effect. If you want to give castor oil to a child, ask your paediatrician for dosage advice, since it can depend on weight and age.
Posted by Engele at 9:40 AM No comments: 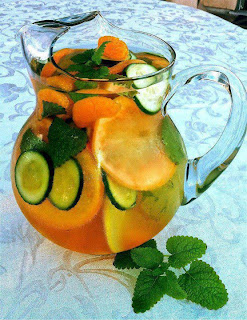 (Always use organic ingredients when available.)

Posted by Engele at 9:39 AM No comments: 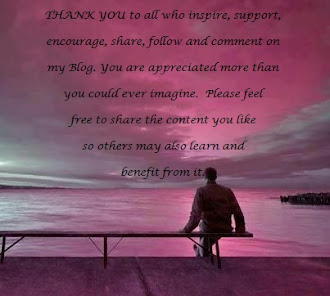 Prevention of Cruelty to Animals 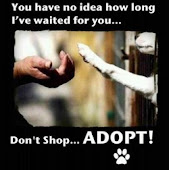 Providing direct practical help to children with cancer, from diagnosis on, recognising the inevitable disruption to family life when a child faces vigorous and often lengthy treatment.

Committed to finding treatments and cures for paralysis caused by spinal cord injury and other neurological disorders, and improving the quality of life for people living with disabilities

The Ian Somerhalder Foundation aims to educate, collaborate with and support people and organisations to turn conversation into real projects and progress to positively impact the planet and species habitat.

It Gets Better Project

LOOK TO THE STARS

The World of Celebrity Giving

Granting the wishes of children with life-threatening medical conditions to enrich the human experience with hope, strength, and joy

Out For Africa Blog 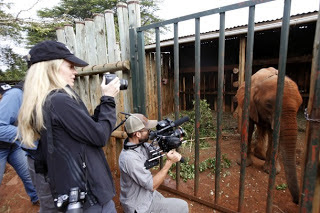 A documentary about Elephant Ivory and Rhino Horn poaching

Out For Africa Webpage 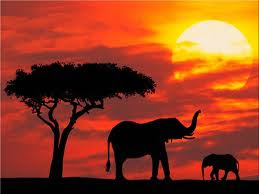 Kristin Bauer van Straten went to Africa to film a documentary telling the current story of the African wildlife and what we need to do to preserve it. This site tells their story and the message they will impart. Only together can we possibly do some good.

The charity produces pink bracelets inscribed with a famous Melissa quote “Be Strong” in support of those suffering from the disease. 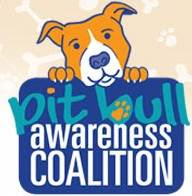 Understanding a breed that is Misidentified, Misjudged and Misunderstood 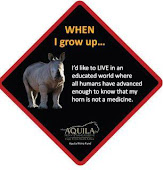 Save a Rhino, hunt the poacher

Save the Rhino International works to conserve viable populations of critically endangered rhinos in Africa and Asia. They recognise that the future of wildlife is inextricably linked to the communities that share its habitat.

The mission of SPCA (Society For The Prevention of Cruelty To Animals) International is to raise awareness of the abuse of animals to a global level, to teach and foster good pet parenting policies, and to promote spay and neuter programs around the world with the goal of eradicating the need to euthanize healthy and adoptable companion animals of all ages.

The Humane Society of the United States works to celebrate animals and confront cruelty.

Warriors in Pink is a special initiative established by Ford Motors to raise awareness of breast cancer. Proceeds from their events go to the Susan G. Komen for the Cure Foundation.